How to Safely Detox from Alcohol in Greater Manchester 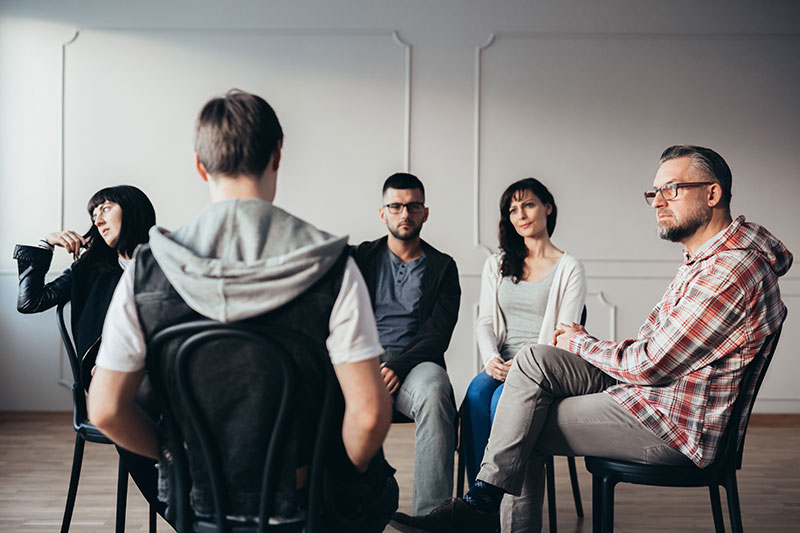 Alcohol addiction is an illness that has an impact on your ability to live a healthy and fulfilling life. It affects your personal and professional pursuits as you slowly start to lose control of your stability and everything you’ve worked so hard to achieve. To help you in your journey to recovery from addiction to alcohol, it starts with the process of alcohol detox.

Alcohol dependency filters into all aspects of your life and can compromise your future if you don’t take the necessary steps to overcome alcoholism. When you have concluded that it is time to overcome alcohol dependency, there are 3 ways that you can safely detox from alcohol in Greater Manchester. Let’s take a closer look at your choices including understanding the process of detox and managing withdrawal.

What is an Alcohol Detox & Why is it Necessary?

Alcoholism is a sickness, and it has a ripple effect on your life and that of your family. When you are under the influence, it is difficult to maintain your health or your quality of life. It is also not possible to overcome alcohol addiction if you detox. Getting clean from alcohol. Alcohol detox is the only way to quit alcohol dependency. You will also need to go through detox if you wish to participate in treatment that supports your wellbeing.

Alcohol is a depressant and over time, with frequent use, it can lead to chronic conditions such as hypertension, high risk of strokes and heart attacks, memory problems, and mental health conditions such as depression and anxiety.

To prevent many of the complications associated with alcohol addiction, an alcohol detox becomes a necessary life-saving measure.

Detoxing from Alcohol is the process of quitting the consumption of alcohol until the substance is no longer in the body. Attempting to detox without the support of a GP or medical support makes it challenging to overcome the effects of alcohol withdrawal.

A safe way to detox from alcohol is to seek professional medical support such as the assistance of a GP. GPs can monitor your development and provide the treatment you need to ease withdrawal symptoms. To help you find valuable help for safe and effective alcohol detox in Greater Manchester, we take a closer look at alcohol withdrawal and what you can do to cope with challenges.

To understand the effect of withdrawal and the importance of finding the help that you need in Greater Manchester, we look at the essence of withdrawal symptoms and steps to cope with the complications of addiction.

Will I Experience Withdrawal Symptoms? 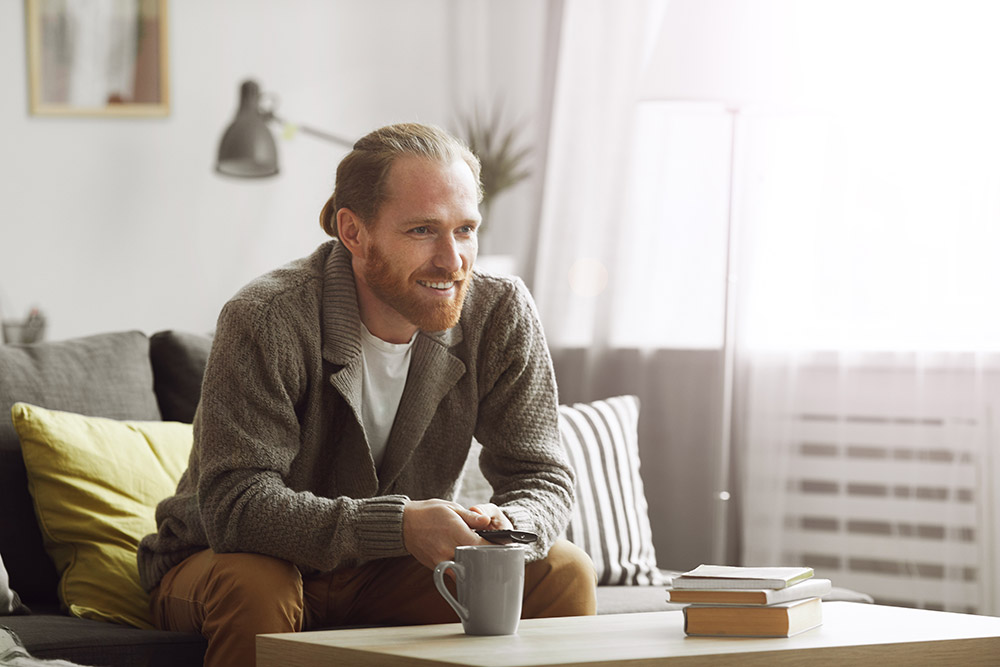 When you drink heavily and for a long period, you build tolerance. This means that you have to drink more alcohol to experience the initial effects and to avoid the symptoms of withdrawal.

Symptoms of withdrawal are not pleasant but when you have the right treatment, it becomes easier to get through. Some of the symptoms that may occur include tremors, dizziness, headaches, and poor temperature regulation. A more terrible group of symptoms known as Delirium Tremens causes hallucinations and seizures that could also risk your life as you go into shock. Rather than risk these symptoms and your life, you can depend on the assistance of a professional and trusted rehab facility.

For those impacted by severe alcohol dependency, detox from alcohol should be medically managed. Experienced staff or a trusted GP in Greater Manchester can help ease the discomfort caused by withdrawal but more importantly, it can safeguard against relapse and symptoms such as rapid heart rate, tremors, nausea, and Delirium Tremens.

To safely continue alcohol detox in Greater Manchester you can call on an experienced GP or you can enter a detox facility. The reason for seeking professional medical support is because withdrawal from alcohol can lead to Delirium Tremens. This is a tough set of symptoms consisting of seizures, visual and auditory hallucinations, and the possibility of death without treatment.

In Manchester, the NHS has revealed that hospital admissions for poisoning by drug misuse were 39 per 100,000 in 2018/19. This is higher than the country average in England, which was 33 per 100,000. The local community is actively fighting against addictions. However, Greater Manchester is suffering. With a country average of 33 per 100,000, the same year’s data shows that Bolton had 53 admissions per 100,000 in the same period, while Salford – had 66. Stockport had 56, while Wigan had 69 per 100,000 population. While most of the region’s hospital admissions for poisoning by drug misuse were dropping in 2016/17, the numbers are growing. This calls for a more active fight against alcohol and drug addictions in Greater Manchester.

How Do I Safely Detox from Alcohol in Greater Manchester

Should you decide that the time is right to participate in a safe detox from alcohol, you have the option to meet with a GP or to receive at-home detox apart from inpatient services. Let’s look at the services provided for alcohol detox.

Via a Residential Detox or Rehab Facility Near Greater Manchester

Trying to detox from alcohol by yourself is a very difficult experience. You may feel powerful and prepared for making a positive change in your life but when withdrawal symptoms take hold, it increases your risk of relapse. Staying at a medical facility, you have 24 hour support and monitoring from medical staff who are there to ease your symptoms and help you through withdrawals. You will also receive treatment from a professional rehabilitation doctor.

While most people are swamped by inpatient services and the idea of leaving their work and home life behind, it does provide the best possibility to coper from alcohol dependency. Even if you believe that you only drink moderately, inpatient detox will reduce the potential to relapse.

It is expensive to enter rehab; however, it is a necessary part of recovery. A regular detox programme can cost £1000 weekly while a luxury rehab is around £5000.

Via a Private Home Detox Service

If you prefer the comfort and the privacy of home, you can pursue an at home detox service in Greater Manchester. With the services provided in a home detox, you will have medical staff come to your home to provide the treatment and support you need during symptoms of withdrawal. Along with observing and medical care, you are provided telephonic support to help you prevent relapsing.

To be in a reliable detox at home service, you will need to find a provider who is CQC listed. The purpose is to avoid approaching a service that is unqualified or suggested to help you through your detox. With some investigation and professional assistance, you can find a home detox programme to fit your needs and support your health.

To have a dependable detox at home service, you will need to find a provider who is CQC listed.

Ensure that the private home detox services you are interested adhere to safety guidelines and are regulated by the CQC. This will secure a trusted service is assigned to your circumstance to encourage the best possible recovery.

GPs who went the needed training offer detox assistance for their patients influenced by alcoholism. When you call on a GP to oversee alcohol detox in Greater Manchester you receive guidance regular monitoring and treatment to help you cope with withdrawal symptoms and relapse prevention. Intervention such as medication and careful assessment of disease progression will determine whether you need to be referred to an NHS approved rehab.

The reason for going through detox with the assistance of a GP is that it is cheaper than an inpatient detox or rehab. The only limitation is that you will have to manage the symptoms and potential triggers by yourself which increases the possibility of relapse.

Need Help with a Safe Alcohol Detox in Slough? We can Help! 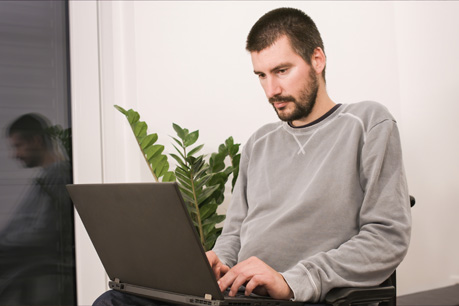 Our home detox service is fully compliant & registered with the CQC.

Addiction is challenging to overcome; however, you can experience safe alcohol detox in Greater Manchester if you know where to find the help that you need.

For safe detox from alcohol in Greater Manchester you can speak to us for individualised solutions and at-home detox including the services that are listed below:

A sober coach helps you keep your sobriety especially when you experience stress and difficulties in the process of recovery. Our sober coach is a professional who is there to support you when you cannot overcome, to help you integrate into your social and professional life, and to prevent relapse.

Addiction therapy provided at home is meant to assist others in the procedure of recovery. Such programmes do not require individual to stay at a residential rehab allowing you to continue your regular activities while receiving therapy and support for growth and recovery.

How long does an alcohol detox take?

The symptoms of withdrawal can start hours after you quit drinking but generally lasts between 24 and 72 hours. Some people can experience withdrawal for weeks after detox; however, the intensity and the duration of symptoms during detox will be influenced by health issues, the period of alcohol dependency, and whether other substances are used.

What should I do during an alcohol detox?

The symptoms of alcohol withdrawal can be challenging but with rest, a balanced diet, and keeping hydrated, you can ease much of the stress that is placed on your mental and physical health. Practicing meditation and managing stress can help you cope and overcome addiction.

How does alcohol detox medication work?

Because alcohol detox can lead to very uncomfortable withdrawal symptoms, medication is used in treatment. Benzodiazepines are prescribed to reduce the possibility of seizures while slowing the activity of the central nervous system. This creates a relaxing effect on the mind and body while reducing symptoms such as muscle cramps and high levels of anxiety.

Can I still work during a home alcohol detox?

Owing to the nature of withdrawal and the severity of symptoms that you may experience during detox, it is best to take some time off to dedicate to your health and recovery.